I am not a critic. Not in the classical sense of the word, when it comes to reviewing movies and TV. I am simply a ginger that can’t go outside, so I watch lots of movies, and since everyone on the internet is a critic, I thought I would give it a go.

I don’t get a giant box of studio screeners to watch. I have to go see movies and pay with my own hard earned cash. This list is based off what I watched. I am sure there are lots of good movies I missed, so go see Tim’s list for those movies. 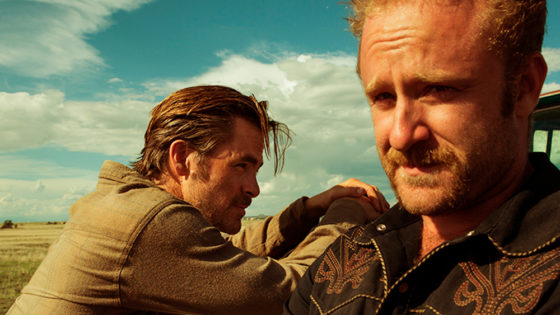 Let’s jump right into my list of best of 2016. If you listen to the show, we spent lots of time on the bad side of 2016. From Batman v Superman, to the dreadful Suicide Squad, we wasted hours of our lives tearing them apart. So, we are going to focus on the good that ’16 brought us. This list is in no real order. I am not a fan of ranking things, but here are ten of my favorites.

Eddie the Eagle: This is one of those films that touts the dreaded “based on a true story,” I hate that term. Despise it. Rarely does the story hold up to the real-life events. Setting that aside, this is a fun, feel-good movie. And sports! Staring Taron Egerton as Eddie Edwards, the downhill skier turned ski jumper. This movie delivers everything you expect from a spots movie, clichés and all. But like a great sports movie, it makes you care about the characters. Egerton delivers on all fronts. With his coach, played by Hugh Jackman, you find yourself rooting for both of them to reach their potential. Not the best sports movie you will ever see, but this one will make you believe in dreaming big dreams.

La La Land: Let’s just be honest about this award winning film, shall we. This is a fun movie. Nothing ground-breaking going on, and it doesn’t need to be. It is a musical with an amazing score, and beautifully acted characters. And, EMMA STONE. We can all agree she belongs on every list, ever. Damien Chazelle writes and directs this story of two lost souls trying to make it big in the city of stars. He gets every note right in this pretty story. It is going to win all of the awards. All of them. While I might not agree with throwing every last piece of hardware at it, it does deserve a fair amount of praise.

Deadpool: Years in the making, and well worth the wait. Ryan Reynolds brought to life one of the most fun, and vulgar heroes of any universe. With his raunchy humor, and kick-ass action, Deadpool brought to life an adult hero, and did it with a love story. The premise is a simple one, and that might be what made this so great. Wade Wilson gets a terminal cancer diagnosis, leaves the love of his life, volunteers for a science project led by a mad man, gets super powers, rescues his best gal. Nothing new here, but the style is what makes this one stand out. Graphic violence, coupled with graphic language, and Wham! What is not to love about this?

Moonlight: I have gone back and forth on this one since it came out. There is as much to love as there is to dislike, but ultimately, the good wins. The Best Picture winner from the Golden Globes looks poised to snag a few more awards at the big show in February. The coming-of-age story, directed by Barry Jenkins, is a beautiful story of a young man trying to find the same thing all of us are searching for, a place in this world. Moonlight is filled with touching performances, each tying together the struggle of a young man looking for acceptance and understanding. Mahersala Ali delivers one of my favorite performances of the year. While the final act struggles to wrap up the film, the first two acts more than make up for the forced dialogue and climax. In the end, a touching film.

Captain Fantastic: I almost gave up on this film hallway though. I am so glad I stuck it out until the end. Viggo Mortensen is, well, fantastic, as the controlling, sometimes insane, father of six. Living on a mountain side with his kids, self-sufficient in every way, Mortensen’s character, Ben, is a tough man to follow. His way of life, forced on his kids, makes no sense to me, a couch loving bum. This cross-country journey is slow to get going, but the pay-off is worth the wait. A bit on the predictable side, and slow to develop, your attitude towards Viggo’s character will completely flip from hatred to love. Viggo might not win anything for his performance, but should be in every discussion as a lead role. The kids are all fun in their own way. Stick it out and be rewarded with a fun conclusion.

Captain America: Civil War: Not going to get to deep into this one. Explosions, bigger than life heroes, fighting, and a bit of deeper thinking than past Marvel Cinematic Universe offerings. Cap and Iron Man are at odds. The heroes have killed loads of innocent people while making the world a safer place. Eventually it was going to catch up to all of them. This film has everything you would expect and delivers just how we all want, BIG. The final fight between Cap an Iron Man, with some help from Winter Soldier is something to behold. The airport fight scene with all of the heroes is perfectly shot and gives us our first look at the new Spider-Man. Underroos delivers some of the best lines of the movie and gives us a preview of what to expect in Spider-Man: Homecoming. 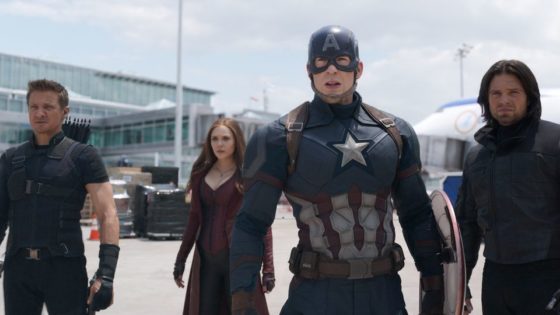 Doctor Strange: I had major concerns when this movie was announced. This is a departure from the normal super hero stuff most casual fans expect. Boy was I ever wrong to question Marvel’s judgement. Doctor Strange was a box office smash, and it delivered a story that was non-stop. Benedict Cumberbatch led the way in this super natural thriller that sets the ground work for a character who will be in EVERYTHING Marvel offers in the coming years. A Doctor with the hands of a God, gets those hands all smashed to hell. Seeking a way to heal them, he travels to the land of mystics looking for help. There he discovers a world he never imagined, becoming the world’s defender from the super natural forces looking to destroy us all. So much fun! That’s all that needs to be said. Stunning visuals and a story that is easy to follow for the non-comic book crowd.

Hacksaw Ridge: Here we are with another one of those true stories that isn’t really true. Factually inaccurate at every turn, this movie is a good war movie, kind of. As much of a war-time story, this is a love story. Andrew Garfield delivers a great performance as a southern conscientious objector during WWII. Desmond Doss wants to serve his country; he just has no desire to kill anyone because of his deep religious beliefs. He becomes a medic after meeting the woman of his dreams, and enlists to go to the Pacific theater. This film will suck you in with the help of Garfield’s charismatic performance. As hard as it is to say, Mel Gibson delivers a masterful directing job, balancing a love story with the horrors of war. One of the best films of 2016, and sure to propel Andrew Garfield into a spotlight he was not able to reach with The Amazing Spider-Man.

Hell or High Water: This might be my favorite movie of ’16. Might. Director David Mackenzie and screenwriter Taylor Sheridan tell a story of two brothers, Chris Pine and Ben Foster, trying to save a ranch by stealing from a bank that wants to steal their farm. Jeff Bridges plays the Texas Ranger assigned to stop them. The film is centered around the struggle of the two brothers, but Bridges steals this movie. He delivers, as far as I am concerned, the best supporting role from any movie this year. I know they want me to care about the brothers, but I don’t. I care about Bridges and his partner, played by Gil Birmingham. The chemistry between the partners is what makes the movie work. The banter back and forth is funny and revealing. The bond these two share on screen is unmatched this year. Pine and Foster are not far behind, though. Pine delivers a career best performance, and Foster makes crazy look like a fun way to live. This is my pick for screenwriting and directing. Bridges shows us again why he is a Hollywood legend.

Kubo and the Two Strings: As good as any film you will see this year, but it is animated so it will never get the credit it deserves. Yes, better than Zootopia. Yes, better than whatever else you are thinking. This movie is one of the best of the year. I am going to keep saying it, and I will fight you to the end of time over it. The only problem I have with this one is the white-washing Hollywood is famous for. It is an issue that can’t be overlooked, but it doesn’t impact the film itself. More of a personal issue that is rampant in Hollywood. The story focuses on Kubo, a kid that must find a suit of armor that will help him defeat the dark forces in his life, and bring peace to him and his mother. This is a story of family, love, and honor. All common themes in the world of Kung-Fu, and it picks elements from some of the genres best. Staring the voice talents of Charlize Theron, Ralph Fiennes, and Matthew McConaughey, they bring to life a tale worthy of the great Kung-Fu movies they certainly modeled the film after. This is a film I am thrilled to share with my daughter when she reaches the right age to sit through it. The animation is beautiful. The story is deep and meaningful, but not so much the kids will get bored. I can’t stress this enough, see this movie. And shame on the critics that didn’t bother to see this one. You missed out. But I am sure the sloth at the DMV was worth it. Dicks. 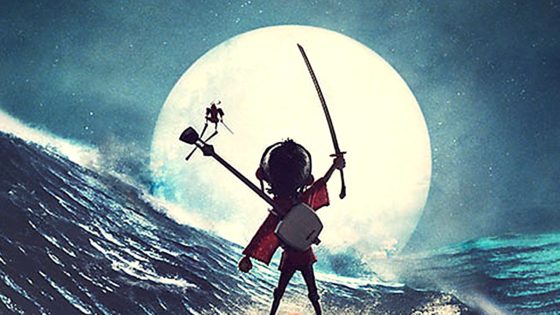 You didn’t think you were going to make it the entire list without the Rennerverse making an appearance, did you?

Arrival: Full of twists and turns, Amy Adams and Jeremy Renner deliver outstanding performances in a visually stunning movie from director Denis Villeneuve. Aliens have arrived, but how do we communicate with them? That’s the premise. Simple, but complex at the same time. How do you learn to communicate with something you know absolutely nothing about? In steps Adams, a talented linguistics professor, to teach us all the easiest way to communicate. Renner helps out as well. He does more than the usual ‘Hawkeye standing around’ we have become accustomed to with his roles. This movie is my pick for all of the visual and technical awards. Pretty, is the best way I can think of to describe what we are looking at for two hours. Some of the best visual effects of any movie this year, and that includes all the super hero stuff.