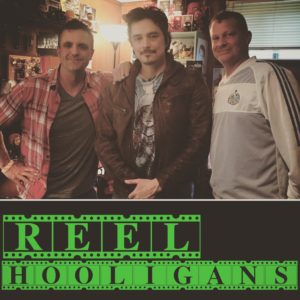 Host Tim English (left) with filmmaker Jason Turner and that’s side kick Dave on the right.

Ridley Scott is one of the most influential filmmakers of my generation. From the 1979 sci-fi/ horror classic Alien to Blade Runner to Gladiator to the newly released prequel, Alien: Covenant, Scott has created some of the most memorable movies ever and some head scratchers.

This week, Tim and David are joined by filmmaker Jason Turner (Iron City Chronicles) to talk the Alien franchise and how Covenant fits in; how good is Michael Fassbender?; predictions for the next (final?) installment, and a bunch of geeky sci-fi love and a little bit of ugh

Plus, the boys talk about their favorite Ridley Scott films, and the future of Jason’s Iron Joe feature film.

What is your favorite Ridley Scott flick? Have you seen Alien: Covenant yet? Love it? Hate it? No plans to see it? Sound off in the comments below.