There’s no dead dog to rally around this time. In fact the plot feels a little more contrived this time around. Forget the plot. John Wick aka the Boogeyman is back and this time he’s out for revenge on the guys tried to kill him because he failed to fulfill a blood oath. So then when he fulfills the blood oath, and they still try to kill him again, then he goes out for really revenge. Or something like that.

Who cares? The extra padding in the budget for John Wick: chapter 2 wasn’t wasted on the screenplay. Hell no. You’ll notice the bigger budget in the action sequences and it pays off gloriously. Keanu Reeves lumbers through action set piece after action set piece, each crafted elegantly and poetically — and violent as all hell — with the burden of a man with a purpose desperately seeking and end to his pain. 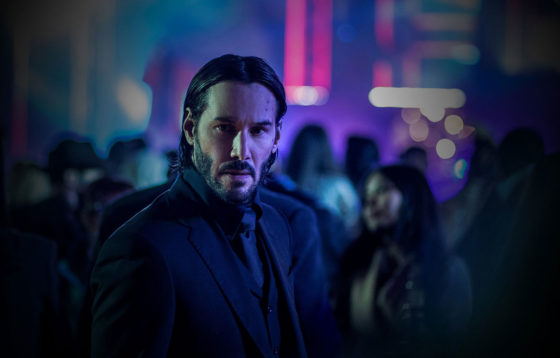 Is it pretty much two hours of Keanu shooting dudes in the head? On the surface, perhaps. But despite the simplicity of the plot there is a moral depth that resonates through each of Wick’s decisions as he tries to free his soul from the dark underworld.

There’s a lot going on here though as the film sets to build a mythology surrounding this world of assassins, and thanks to a hell of a set up, should play out fantastically in John Wick: the Final Chapter (merely assuming title and trilogy here, Fast and Furious proved anything can happen with a franchise.)

This week, my full John Wick: Chapter 2 movie review is available on Scene-Stealers.com.