Batman seeks out to “Unite the League” 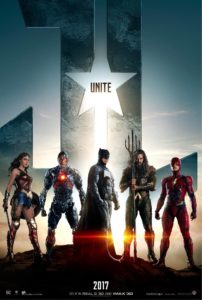 Following last year’s pivotal, even if disappointing flick, Batman V Superman: Dawn of Justice, Warner Bros. and DC are poised to take their young and still developing cinematic universe to the next level. This year will see the debut of Wonder Woman, the first female led super hero movie, and in November, we get DC’s answer to Marvel’s Avengers…the Justice League.

Spoiler alert if you haven’t seen it….Set after the events of BvS and the death of Superman, Batman has rededicated himself to fight the good fight, but realizes he can’t do it alone. So he goes on a global recruiting trip to bring together super powered dudes (and ladies) in order to fight of an impending invasion.

Check out the first “official” trailer below.

So…with the five featured in the trailer, plus Superman…who is the seventh member? Cavill has teased Green Lantern with some fun tweets and Instagram posts, and there is a Green Lantern Corps. movie in pre-production. Or was there a change in Justice League’s strategy?

Who do you think could be the seventh member of the Justice League? Green Lantern? Green Arrow? Martian Manhunter? Hawkman? Let’s hear your predictions below! 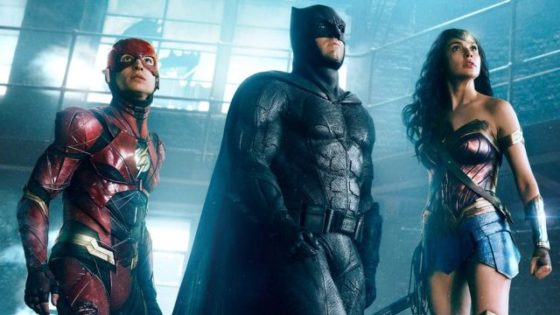