You are here: Home  /  Movie Reviews  /  Suicide Squad: the worst of DC’s worst

You know how sometimes you have a thought in your head but when you say it out loud you realize you sound like an idiot? I imagine this how the pitch meeting for Suicide Squad went.

Yep. Sounds cool even when I type it. But then it’s like, when you see it on screen and hear it explained….it seems kinda dumb.

Set after the events of the dreadful Batman v Superman, the world is apparently in need of a group of super humans (annoyingly called meta-humans) in case another super human goes rogue. Okay. Makes sense. 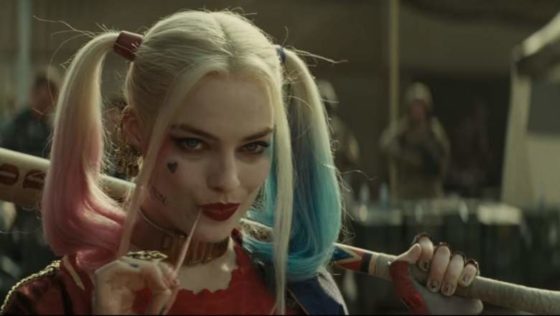 Amanda Waller, played by scene-stealing Viola Davis (seriously she’s the baddest bitch in this movie), runs this secret government organization that doesn’t make any sense to exist. When one of her meta-humans slaves goes rogue — WHAT?? One of her villains went rogue?? No way!! Man, should have seen that coming, right? Whew. Well, let’s call in some more bad guys to clean up the mess….right, guys?? — makes sense.

Here’s the lineup of less than lovable villains:

We won’t even get into the disaster that is Jared Leto‘s version of the Joker. Played like a pimp who raided a Hot Topic clearance sale, Leto oozes an uncomfortable vibe as he hisses and purrs and slurs his way through scene after scene which really have no real context with what is going on in the movie. 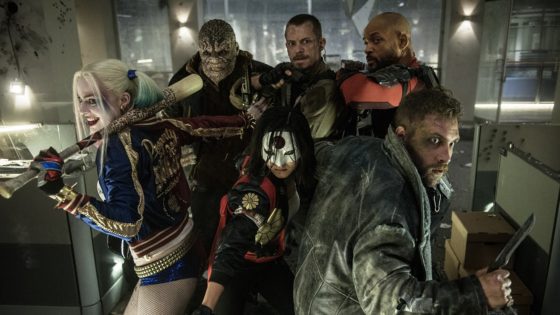 I’d sum up the plot, but there really isn’t one. Something about a supernatural threat (Enchantress, played by June Moore) but the SS is assembled to find and secure something. There’s a lot of walking and talking. And why does Waller need the Suicide Squad if she already has these elite team of soldiers led by boring, chicken eating Rick Flag? My brain hurts from all of the questions.

David Ayer, who has done solid work in the past — The Watch, Training Day — is behind the wheel here, but it doesn’t feel like he’s driving the bus. The flick’s dark, gritty style never really vibes with the bizarre mix of MTV-esque editing and its soundtrack.

It was like Ayers made one movie and the WB execs dared him to make it more like Guardians of the Galaxy or Deadpool. — and when he didn’t, they just brought in the dudes that cut the uber-popular trailer that had us all buzzing with hope. 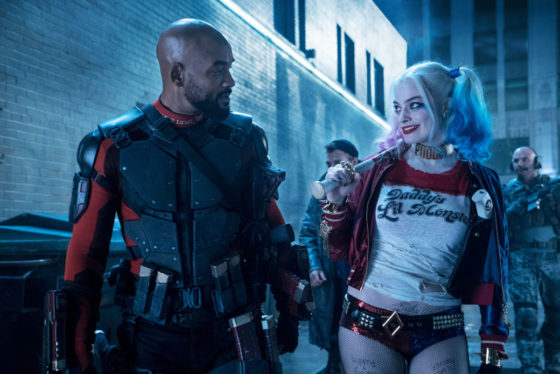 In fact, this is about as close to making a Marvel movie as DC has come and that’s not a compliment. Unfortunately, they borrowed a few of Marvel’s worst sins:

Suicide Squad is  another wasted opportunity by Warner Bros. and DC as far as the continued development of their DCEU. While this trainwreck just adds to the mounting list of demerits, there’s still hope, right?? Maybe Wonder Woman and Justice League won’t suck?

Well…we can dream, can’t we?