Skeptics be at ease because this new adaptation of IT is honestly pretty damn good.

I have to admit that I was skeptical about Bill Skarsgård playing the iconic, maniacal killer clown Pennywise. But after watching the latest adaptation of Stephen King’s, IT, I can honestly say that he is one creepy fucker.

IT, directed by Andrés Muschietti, has a good balance of horror, humor and heart, which helps establish a strong connection between the audience and the characters on screen. The young actors who brought the unfortunate members of the Loser’s Club to life were one of the best parts of this movie. It was fun watching their different personalities clash together on screen because they would act immature and say inappropriate things, like any kid does when adults aren’t around.

The kids said words like “shit” and “fuck” so naturally like they were apart of their every day language. Also, Richie’s constant one liners about Eddie’s mom were spot on. These kids had a lot to handle and I like how Muschietti showed us the seriousness of their situation taking a toll on their friendship. The Loser’s would argue and even punch each other in the face but at the end of the day, their friendship triumphed. 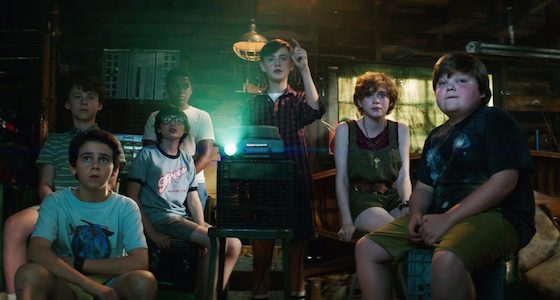 The two Losers that deserve some props are Richie, played by Finn Wolfhard (Stranger Things), and Eddie, played by Jack Dylan Grazer, because they took two of the quirkiest characters and had a lot of fun with them, which translated well on screen. I had a lot of fun watching them. For those familiar with King’s novel, you know that Richie is nicknamed “Trash Mouth Tozier” because the kid likes to talk a lot of shit and Wolfhard captured that aspect of his character perfectly. Grazer’s interpretation of Eddie’s highly unhealthy fear of germs and being sick is also very faithful to the character in the novel. All the young actors worked together well and did a great job elevating the material they were given.

Now, lets address the elephant in the room. I think that Skarsgård absolutely nailed it with his rendition of Pennywise. I also liked that the director did not rely too much on gore or cheap scares. The thing that made Pennywise so creepy and terrifying was that you didn’t see him much but there was so much tension build up, that when he finally appeared you knew the Losers were in for something ugly. Skarsgård did the character justice. He was incredibly creepy, menacing and disturbing to the point that, I wanted to look away. 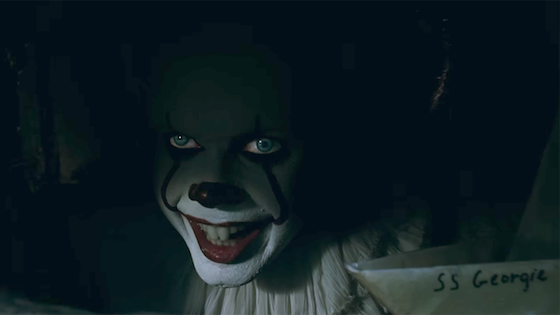 The backbone of this story is Bill Denbrough, played by the talented Jaeden Lieberher (Midnight Special, The Book of Henry) and his quest to find his little brother’s killer, Pennywise. I like that Bill’s motivation for finding and defeating Pennywise was not solely based on getting revenge but instead he was driven by a need to find closure for his brother’s death. This was a fresh take on the character and it really got me rooting for “Stuttering Bill” and his friends in the final face off against Pennywise.

One gripe that I have with this remake is that there are a lot of complex and interesting characters but unfortunately some of them have to take a back seat. I wish we would have gotten to see a little more of Henry Bowers, played by Nicholas Hamilton (Captain Fantastic, The Dark Tower) in action because I feel like they rushed quickly past important details that explain why he acts so savagely.

That being said. Muschietti’s adaptation of IT is faithful to its source material, also the horror, humor and heart were all there. The director didn’t take the cheap way out when it came time for the scares. The kids are all very talented and most importantly Pennywise delivered. I’m am looking forward for part two!