Our Boss Hooligan is also a film critic for Scene-Stealers.com and has been seen on KC Live on KSHB (NBC) and Better KC on KCTV (CBS.) He is a board member for the Kansas City Film Critics Circle and the Independent Filmmakers Coalition of Kansas City, and a voting member of the Broadcast Film Critics Circle. He is the creator, the founder, and the voice of Reel Hooligans, as well as one of the founders of the Terror on the Plains Horror Film Festival. 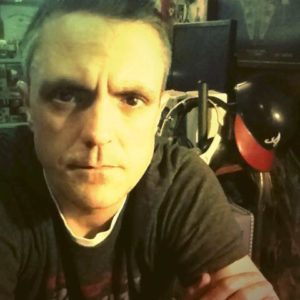 Favorite Movies: Man, I could go all day on this question…Psycho, Casablanca, The Empire Strikes Back, Reservoir Dogs, Major League, Close Encounters, Jaws, The Killer, The Usual Suspects, Eternal Sunshine of the Spotless Mind, Captain America Winter Soldier, just to name a few.

My First Movie Experience: I remember seeing The Empire Strikes Back when I was 4 or 5 and having a hard time understanding why the good guys didn’t win. But I’m a child of the 80s. I practically lived at the movie theatres when I was a kid. 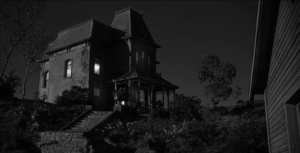 “The greatest trick the devil ever pulled was convincing the world he didn’t exist.”

First Movie Crush: Princess Leia (Carrie Fisher)…she will always be royalty to me.

Movie or TV Guilty Pleasure: I like ridiculous dumb action movies or sci-fi crap. The Fast and Furious movies are fun. For some reason I binged the first 11 seasons of Supernatural and apparently, I’m still watching.

Now Watching on Netflix: All of the Marvel, Flaked, Better Call Saul, Lost…