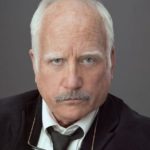 In the first part of a double episode that will examine the career of legendary actor Richard Dreyfuss (Close Encounters of the Third Kind, Mr. Holland’s Opus), Tim chats with the actor about everything from the importance of watching old movies to what his sequel for Close Encounters may have looked like.
*
Facebook.com/reelhooligans/
*
Twitter @ReelHooligans
*
Instagram @reel_hooligans
*
Follow us on iTunes, Spotify and Google Play.

3.05: The One with Richard Dreyfuss