You are here: Home  /  2013 Movie Reviews  /  ‘Man of Steel’ a step in the right direction but still underwhelming 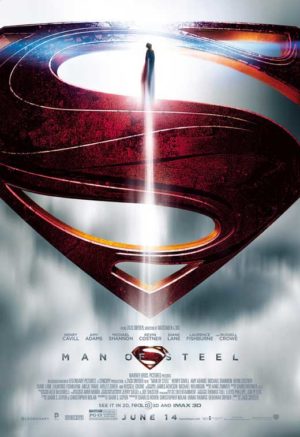 After striking out with Superman Returns in 2006, Warner Bros. nearly gave up all hope on being able to deliver a Superman movie that would get a thumbs up from fans and critics. Their latest attempt, behind visionary director Zack Snyder, Man of Steel is an action packed but still somewhat lifeless reboot of the greatest superhero ever. It’s about as much hope as DC and WB have had in years if they’re ever gonna delve into this whole cinematic universe thing.

The journey begins on Krypton, a distant planet that is dying because it’s human-like inhabitants have mined and depleted it of its natural resources. A military uprising is led by General Zod (Michael Shannon of Boardwalk Empire), who wants to overthrow the government with the hope of saving his people before it’s too late. There’s that word again — hope.

But Jor-El (Russell Crowe) has other plans, he launches his only child, Kal-El (the first natural born child of Krypton) into space with a course set for Earth. Kal-El will be almost immortal on Earth because of our yellow sun. He represents the last of Krypton and the last hope that what once made them great people will now help make Earth a better place.

The shining star of Man of Steel is Superman himself, or Kal-El, his Kryptonian name. Henry Cavill , who seems perfect for the role if he was allowed to have any fun with it. Instead he portrays Kal as a tortured soul, raised by Ma and Pa Kent to hide his powers. Some of the best scenes in the film take place between Jonathan Kent, played by Kevin Costner in minimal screen time and Clark. 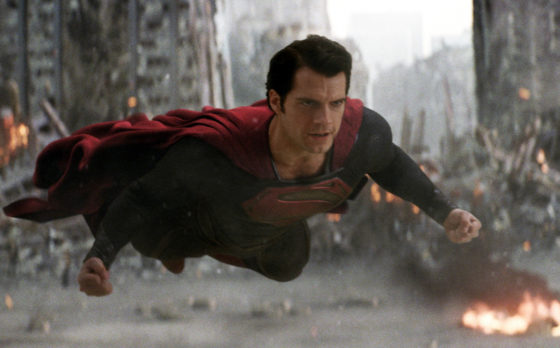 But a hero can’t hide who he truly is. Kal wanders aimlessly both in hiding and in search of his true lineage, leaving a wake of amazing rescues and death defying feats. This is where Lois Lane enters the picture. Amy Adams, who portrays Lois here as a fiery Daily Planet investigative reporter, is not given much to do. The development of the relationship between her and Kal-El feels forced in out of necessity and probably could have waited until Man of Steel 2.

The forced inclusion of Lois and Supes plus an over use of flashbacks — we’re all familiar with the Superman origin at this point — plagues the middle act of the film, giving it a choppy narrative that jumps from Clark’s childhood to present day events where low and behold — General Zod has resurfaced and is now threatening to terraform Earth to create a new Krypton.

The set up is interesting but still all too familiar. You get get to see Kal learn and develop his powers, which is kinda cool. An early scene where he is learning to fly captures the essence and joy of Superman better than Snyder does at any other point in the film. But there is a lot emanating from the restrained performance by Cavill, he is Superman but he is still trying to find himself and control his powers. It’s a learning experience. He’s not the unstoppable Superman we know but he’s well on his way and it is interesting to experience with Cavill in the role.

One of the biggest complaints from the Bryan Singer’s Superman Returns was that it was all talk and no action. Zack Snyder (Watchmen, 300) delivers, spinning a final act that is pretty much one giant super powered battle that spans from Smallville, Kansas to Metropolis. The massive destruction is fun to watch for a while, but it feels like a huge lost opportunity to build the Superman as a hero. It’s fast and furious but after a while it just seems like destruction for sake of racking the studio’s special effects bill.

Once, it’s all wrapped up and the road starts winding into setting up Clark at the Daily Planet and all of that, it just feels underwhelming.

Despite its flaws, Man of Steel is a huge step forward and a decent beginning if it does indeed become the foundation for a future Justice League movie. It will be important to develop this Superman, with Henry Cavill (and let’s allow him to have some fun next time, eh Snyder?) — the way Marvel did with Iron Man. and then build from there. You can do this, DC!

The important thing to remember is that Superman is a fan of the Kansas City Royals and the Kansas Jayhawks. So, they got that right.