Vol. 2 lacks the freshness of the original but it’s still a lot of fun 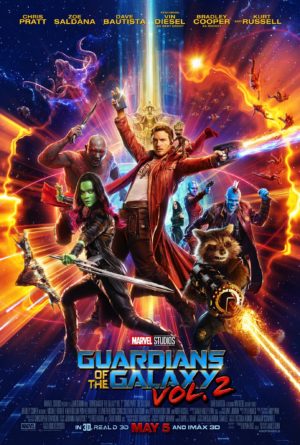 In 2014, Marvel shocked the world with Guardians of the Galaxy, proving they could take even failed comic book properties and give them the old spit and shine, MCU treatment and it would be a hit. Oh, and this one has a talking raccoon and his dumb tree friend. It was fresh, it felt original, and it was proof that if you just told a fun story, it didn’t matter how ridiculous your characters are.

Guardians of the Galaxy vol. 2 is more of the same, and that’s a very good thing. But despite the laughs and the fun of seeing Star Lord (Chris Pratt), Gamora (Zoe Saldana), Drax (Dave Bautista), Rocket (Bradley Cooper), and that damn Baby Groot (Vin Diesel) back together, there is very little else happening in this solid but still lesser sequel from writer and director James Gunn.

If the first movie was about becoming a family, GotGv2 is about living as a family…and that ain’t easy. Relationships are strained, even as the Guardians are very aware that they are all each other has. The stuck up Soverign fill in to Marvel’s cheesy villain role, but it’s Kurt Russell as Ego, who presents the greatest challenge to Peter and his new family.

The best part of this movie is the fantastic character development.  Gunn does an amazing job at presenting challenges to nearly every character dynamic and relationship and each character has just enough to do, including Michael Rooker returning as Yondu and Pom Klementieff as the fan favorite empath, Mantis. 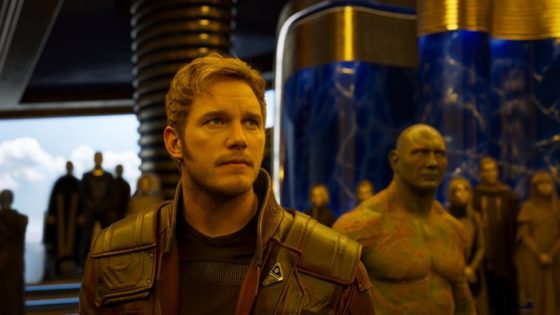 But outside of that character development, there is very little else happening. The Guardians are on the run and go into hiding, which limits the scope of the movie, especially compared to the last movie. But the fact the characters are so much fun, makes it very easy to overlook the lack of a real driving plot. This movie also really has very little to do with the overall Marvel Cinematic Universe story, which seems odd as we enter the one year countdown before the battle versus Thanos next year in Avengers: Infinity War.

Guardians of the Galaxy vol. 2 at times feels like the fun, goofy, but otherwise useless filler episode your favorite TV show spits out before setting up the finale, but it’s a solid movie and a great way to start the summer. The characters are fun, the writing is hilarious, and dammit if Baby Groot isn’t the most adorable damn tree I’ve ever seen. Stick around through the end credits for five — yes, FIVE! — post-credits scenes.