Well, that was disappointing. Yeah. Let’s just get that out of the way right off the bat — no pun intended. Batman v Superman Dawn of Justice is every bit the big, loud, and emotionally empty spectacle we all thought it would be and it’s a real shame. These are DC’s heavy hitters and this could not have missed the mark more — and yet Zack Snyder and company have come so close to getting their movie universe off the ground. 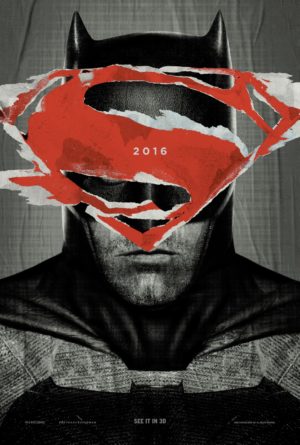 But yeah. This one stings.

First of all, this movie is happening way too soon and it’s painfully obvious from the get-go. As the first real set-up for a DC Extended movie Universe, Dawn of Justice becomes bogged down in its own heavy-handed storyline and muddled by the pressure to set up a bunch of new characters and sequels in order to keep up with Marvel, rather than simply taking their time and .allowing the audience to get to know each character one by one before we throw everyone together and get ’em fightin’.

It’s a mess. A train wreck. In some ways, the film is a beautiful disaster. As incomprehensible as it is, there are moments of glorious promise that make it hard to look away. But make no mistake, this is a huge step in the wrong direction, failing to capitalize on any promise setup by Man of Steel.

Why? Identity crisis. Let’s get started.

Somewhere in the rubble of this cluster-flock of a movie is a good Man of Steel sequel — something about Gods and monsters and politics and accountability and responsibility, etc. — which is what it was originally supposed to be. You can almost see the foolish decision process slowly unfolding as this movie grinds along a dry track. But this question presents the first fundamental problem with the flick. It has no freaking idea what it wants to be. Is it a MoS sequel? A Batman movie? A Justice League prequel?  Perhaps. Amazingly, it’s all of these and none of these because it refuses to commit to anything.

Director and current DC movieverse maestro Zack Snyder directs the movie as if he’s that kid with all the cool toys, but he’s kind of a jerk so you don’t wanna play with him, so he just keeps throwing cool stuff at you, hoping you’ll be his friend. Here’s Batman, and Wonder Woman, and Lex Luthor, and Doomsday, and some more Justice League guys. Then he just starts lighting the toys on fire, because he just wants you to have fun. But you’re not having fun. In fact, you’re getting a little scared. You just want to leave and never come back. 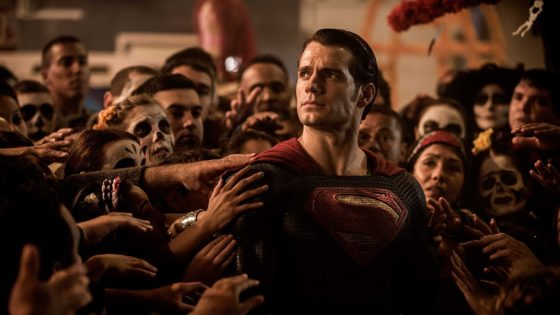 The film is a narrative mess beginning with a numbing reminder of the tragedy of Bruce Wayne’s parents and his discovery of the bat cave, before jumping to Bruce’s heroic actions during the battle of Metropolis events from “Man of Steel”. We see the destruction from his point of view and thus the seeds of hatred towards this “alien super being” are born.

As the world argues over whether or not Superman should be considered a hero or a threat, Clark Kent (Henry Cavill) is investigating the harsh retribution being dealt by the Batman of Gotham (Ben Affleck). Adding fuel to the fire is Lex Luthor (Jesse Eisenberg), who is manipulating everyone from survivors to Senators into coming up with a weapon to use against Supes. Eisenberg’s portrayal of Luthor is promising at the start, but by the end he’s every bit the one-note villain he’s always been, except his scheme feels grossly underdeveloped and overly complex. 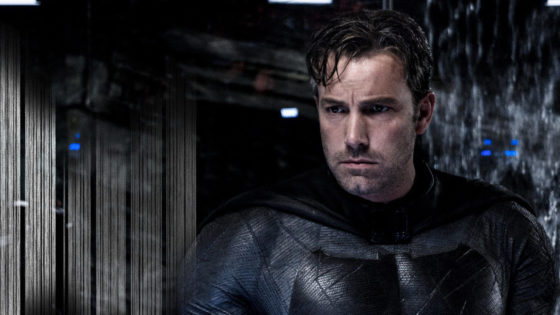 His end-game, Superman’s “Doomsday”, is actually a complete distraction from the narrative and should have been saved for later, cuz not to nitpick, but kind of a major storyline in the Superman narrative. But, whatever, fast forward right through it. Whatever. The damage is done.

Not that it matters. Snyder has zero confidence in his story, jumping from character to character, location to location, one mind numbing speech about Gods and Man after another, none of it making any kind of sense, but every moment bludgeoning you over the head with the fact that Batman and Superman are going to fight even if you don’t care why.

The simple answer is because it would be “really cool” to watch two of DC’s biggest hitters knock the crap out of each other. However, there is precedence from the comics, specifically Frank Miller’s graphic novel, The Dark Knight Returns. But that book came after years and years of character development. The movie gives us a false, forced tension that leads up to huge moments that would be even bigger if we had any emotional investment in either of the characters. Oh, and they way Supes is manipulated into fighting here…ugh. Look, I’m all for a “different, more modern Superman”, but let’s not ignore the fundamental ideals his legend has been built upon. 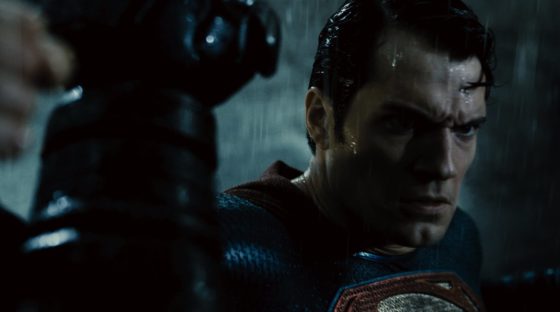 It also doesn’t help much that neither Batman nor Superman come off as particularly likable. While there is no friction earned between them, Cavill spends most of his time whining like a brat and being just about the opposite of what we’ve come to expect of Superman. It would be amazing if Cavill was allowed to play the character with a more of a shrug it off attitude. He should be the light to Batman’s dark.

Poor Ben. This really isn’t his fault. This movie is a disaster and surely he’s going to be the first target for fan rage. But this really isn’t his fault. In fact, this may be one of the most fully accurate depiction of Batman, maybe ever on the big screen. Now, don’t freak out — not saying Ben is or this is the best Batman ever, it just has the potential play out in future movies. You believe he has been Batman for 20-plus years. He’s seen things, and done things that have made him the jaded hero we see now.

It could be a lot of fun to play with this Batman in a fully expanded Batman universe down the line. But here, Ben is given absolutely nothing to do but brood, and make grumpy faces. 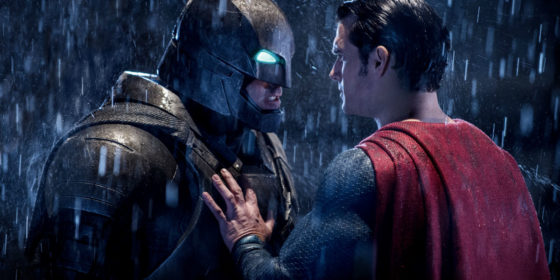 Sadly, Wonder Woman (Gal Gadot) is one of the true highlights of the film. Sad, because she is grossly underutilized, regulated to a glorified cameo and then once we finally see her in action — most of which is already seen in trailers and TV spots — .it’s nothing more than a series of super-cool Wonder Woman poses. She has a great intro and probably the best theme music of the overly heavy, obnoxious score. Hopefully, her solo movie, due next summer, will make up for any missed opportunities lost here. Gal is legit.

Yeah. There are moments of fun action, especially the Batman stuff — and the end battle with Doomsday is almost cool until its undone by the rushed looking CGi. Snyder has never had a problem with creating dazzling imagery through his mind-numbing action sequences. Fans will get a kick out of seeing their favorite heroes in action together, finally, for the first time ever, but man is it a long wait to finally get there and when it does get there, there is no emotional investment, so it’s hard to care about who wins or loses or why they’re even fighting any more.

If you’ve enjoyed Snyder’s style in the past — 300, Sucker Punch — his overbearing, blurry, grainy hard-to-see-what-the-heck-is-happening style is in hyperdrive here. If the scattershot action isn’t enough to give you a headache, Hans Zimmer and Junkie XL‘s bombastic score should do the trick.

Oh, it’s a mess. Not so cryptically titled, Dawn of Justice plays like a trailer for the future of the DC Extended Universe, sprinkling in unnecessary cameos and references to future movies and other members of the Justice League. And, it becomes the biggest distraction from anything that may have been remotely interesting about the movie. If you thought Age of Ultron was overrun by setting up it’s movie universe, you’re in for an agonizing surprise, because Snyder and company are fixated on reminding you of all the cool stuff that’s coming up, even if you don’t like what you’re being forced to endure during BvS.

It’s really a shame, too, because Gal Gadot as Wonder Woman and Ben as Batman offer promise, assuming of course the characters are put in hands of filmmakers who know how to finesse their characters a little bit and allow them to breathe.

Batman v Superman Dawn of Justice is another swing and a miss by Warner Bros. and DC. This one stings, but it’s not too late to recover. Unfortunately, it’s going to take the studio taking a good, hard look at what is working and be honest about what isn’t working.