I really wanted to love Alien: Covenant. I even saw it a second time hoping my jaded opinion from my first viewing was simply a case of either “being a critic” or a mere side-effect of “over hype.” I disliked it even more the second viewing. 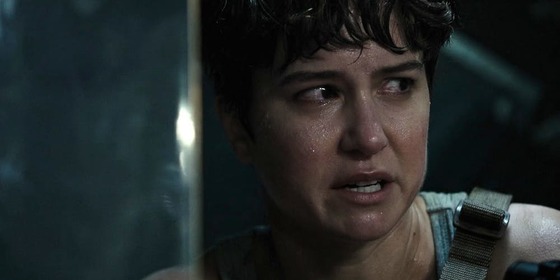 Set a dozen or so years after the events of Prometheus, Covenant follows a colonization vessel as it embarks on a journey to a planet that has been deemed safe for habitation after years of scientific research. After a near catastrophic event jolts the crew from its hyperspace slumber, the newly appointed Captain (Billy Crudup) decides to check out another possible destination, which of course sets up the inevitable people versus alien monsters on a mysterious planet situation.

But this time, the source of the villainy comes from David (Michael Fassbender), the synthetic survivor of the Prometheus mission, who is now stranded, alone, and playing God.

Fassbender is the standout among the cast, seamlessly balancing dual roles as both David and Walter, the Covenant’s synthetic, who implores little more sympathy towards humans than David. Danny McBride fairs pretty well, but isn’t given much time to develop. And of course we get another “Ripley”, this time played by Katherine Waterston, but after some early potential, becomes relegated to running and screaming.

The problem with Covenant is the tropes it unfortunately relies on are simply not scary any more. Director Ridley Scott delivers a beautiful movie and at times cranks the tension, but when it comes down to it, face huggers and xenomorphs jumping from chests lacks the shock value it held 40 years ago. Plus this prequel trilogy is explaining things that are far better left as mysteries in the original movies.

Alien: Awakening is set to hit theatres in a couple of years, assuming Covenant performs well enough for FOX to okay the final movie. The good news is, even if this is the last we see, nothing is left to open-ended that you’ll feel disappointed if you never get the answers.

You can read my full Alien: Covenant movie review at Scene-Stealers.com.