Spielberg. Baby Driver. And where did Han Solo go wrong? 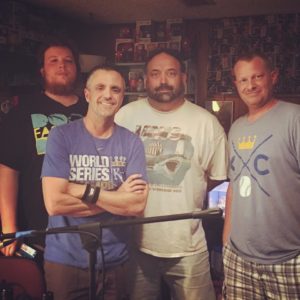 In this very special episode of Reel Hooligans, the boys take on the legend himself, Steven Spielberg. Tim and David welcome Michael Smith and Jeremy Werner from Media Mikes’ Behind the Mikes Podcast to talk all things Spielberg.

A lot of important questions are raised this week on Reel Hooligans. What went wrong on the Han Solo movie? Can Ron Howard save it? Will the John Wick universe work on TV. And what does David think of the new trailer for season 7 of Game of Thrones?

The movie of the week is Baby Driver, directed by Edgar Wright and it’s a kick ass ride. Take a journey into the hyperfrantic world of criminals, getaway drivers and killer soundtracks.

The main event is the round table discussion about director and producer Steven Spielberg. The Reel Hooligans run through his amazing career, from Jaws to Saving Private Ryan to The BFG, pausing to talk about Mike’s book about the making of Jaws 2 and Tim and David’s Flashback to the ill-fated Twilight Zone Movie.

We cap this week’s adventure off with a game of Spawn of….Spielberg!!

Check out Michael Smith’s book, Jaws 2: The Making of the Hollywood Sequel on Amazon.